A website is dedicated to the AWIPEV station, all the information related to the scientific projects in progress as well as the modalities to access it are detailed there, go to www.awipev.eu 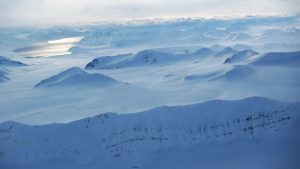 At Ny-Ålesund, an international science village, in the north-west of Svalbard, IPEV has facilities that enable scientists to accomplish research programmes.

This station offers scientific services and equipment, enabling research to be carried out in various fields, particularly in life sciences and atmospheric sciences. The station can accommodate up to 16 scientists and the means available are offices, workshops, a laboratory equipped for geophysical observations, biology or chemistry work, storage areas for means of transport such as snowmobiles, skis, boats…3 winter residents occupy the station all year round. A base manager, an engineer and a logistician are in charge of the operation of AWIPEV. During the boreal night, which lasts from the end of October to the end of February, priority is given to optical measurements of the atmosphere, in particular with lasers and a stellar photometer.

In winter and spring the station is often visited by polar bears which are protected species. Training on the behaviour to adopt in case of an encounter with a bear are compulsory for all persons who may work outside the village.

As soon as sunlight reappears, at the beginning of March, outdoor scientific activities can resume. The end of March sees the fjord freed of its ice packs and navigation is possible again. In early April, 24h/24 daylight gives the scientists great freedom of action.

The facilities and teams at Ny Ålesund

The Jean Corbel station, 5 km south-east of Ny-Ålesund has a surface area of 150 m² and can host up to 8 persons in summer. It has clean-energy autonomy and isolated from all local anthropogenic pollution; measurements can be taken for several fields, including physics and chemistry of the atmosphere, glaciology and geology.

The blue house where the station manager has his office.

The observatory where a large number of measurements are made as well as the release of weather balloons.

The Jean Floch, a light boat that allows to navigate in the fjord around Ny Alesund.

The teams on their way to the scientific manipulations

How to go to Ny Ålesund 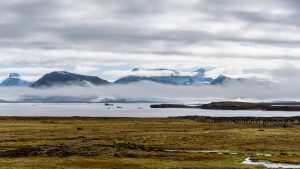 Ny-Ålesund is quickly and easily accessible by plane from Oslo or Tromsø. At Ny-Ålesund, the summer maximum of 150 staff goes down to about 30 in winter.

Norwegian territory, Svalbard is a particular case in the Arctic zone. It is governed by an international Treaty dating back to 1920 (Treaty of Paris) which permits any person or company originating from a signatory country to set up there. Several countries run a regular scientific activity there based at the science village of Ny-Ålesund which accommodates up to 20 teams of different nationalities. With the support of the French-Norwegian Foundation the IPEV has developed the French installation that already existed: the Jean Corbel station located 5km from Ny-Ålesund and in the village itself, the Charles Rabot station.

In 2003, the 40th anniversary of the Franco-German Friendship treaty, the Alfred Wegener Institute (AWI) and IPEV decided to pool their resources at Svalbard to create a research station. 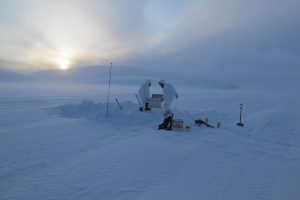 The physico-chemical analysis of snow provides scientists with a large amount of data related to climate, weather, contaminants, etc…

Regular water sampling allows to follow precisely the evolution of different markers of interest for the researchers.

The research in oceanography concerns:

Seabirds are victims of global pollution. Studies on contaminants found on these animals allow researchers to better understand the dynamics of pollution diffusion but also its effects on birds.

Many disciplines are working on Arctic life in ecology and population biology:

Atmospheric measurements are made daily throughout the year from the AWIPEV observatory.

The atmospheric sciences implemented on the station cover mainly 3 areas:

The retreat of glaciers is very marked in the Arctic. Scientists are studying the glacier closest to the Corbel station.

In glaciology, researchers are working on the reactivity of glaciers to contemporary climate fluctuations.

They also study the space-time dynamics of a polar hydro-system over several years.

Scientists are studying the behavior of walruses and in particular the vocal exchanges between the mother and the young.

In internal geophysics, scientist are working on measurement of absolute gravity: long-term temporal variations in gravity, relationship with ancient and present-day deglaciation.