Each year, the Polar Institute recruits close to 40 people, overwintering and summer campaign personnel, to work in its research stations.

Recruited personnel can be distinguished based on:

Recruited personnel will have met the strict criteria imposed by the specific characteristics of the positions to be filled and the unique context of the French Southern and Antarctic Territories, and have passed the required physical and psychological medical examinations. Overwintering personnel stay in winter camps for at least 12 consecutive months, and are limited to a small group of people (between 15 and 60 depending on the site); therefore, given this context of isolation, one key criterion that candidates must meet is being able to integrate themselves with a group and live a community life. Overwintering personnel cannot stay in the field over two consecutive winters, i.e. two years in a row.

The recruitment procedure is broken down into several phases:

For positions related to scientific projects, personnel are recruited either directly by a jury of representatives of the projects concerned (for the chemist, veterinarian, biologist positions), or jointly between the Polar Institute and the representatives of the projects concerned (for science electronics, computer scientist, optoelectronic technician), generally in Paris.

Recruited personnel go back to their home base (the location from which they were recruited) between October and November for Antarctica and the Subantarctic Islands and in April for the Arctic. 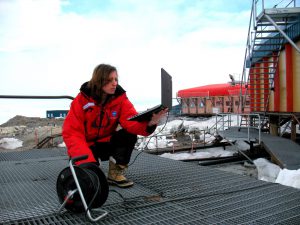 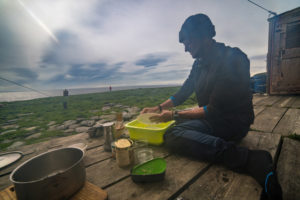 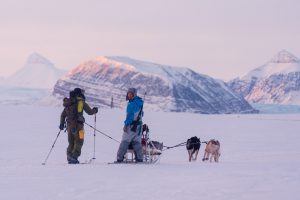 The position of Civic service volunteers (CSV) is intended for people over the age of 25 years, and if an exemption has been issued by the Civic Service Agency, for young people between the ages of 18 and 25 years. A civic service volunteer can be given a contract for a duration of six months and two years; this contract must be for a mission of general interest, and the host organization must have been approved by the Civic Service Agency. The host organization finances the compensation and full social security coverage.

At the Polar Institute, CSVs are hired for six months, for a summer campaign, or 13 months on average, for an overwintering campaign. This contract is intended for young graduates with little professional experience. During their mission in the French Southern and Antarctic Territories (TAAF), SCVs are provided housing and food and they are also given a net allowance of €1,024 that is tax-free.

These contracts are offered at the Dumont d’Urville and Concordia Antarctic stations and at the Martin-de-Viviès bases on Amsterdam Island, the Alfred-Faure base in the Crozet Archipelago and the Port-aux-Français base in the Kerguelen Archipelago.

The experience acquired by overwintering personnel is a real asset for their professional integration. 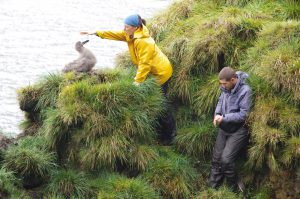 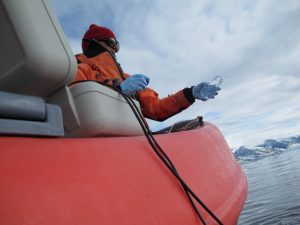 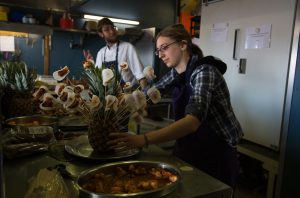 Fixed-term contracts are intended for experienced professionals with at least five years of professional experience. Remuneration depends on the position held, the location, the candidate’s experience and their responsibilities in the field.

This type of contract applies to the positions of technical manager, chief engineer, plumber/heating engineer, electrical technician for the power station, mechanic for diesel construction engines, and cook.

These contracts are offered at the Dumont d’Urville and Concordia Antarctic stations, for overwintering personnel only.

International administration volunteering (IAV) is a civic service carried out for French Government services abroad. It lasts between six months and two years and can be renewed once for a maximum duration of two years. It is intended for people between the ages of 18 and 28 years old.

At the Polar Institute, this contract is offered to young graduates with little professional experience at the AWIPEV station in the Arctic, and Concordia station in the Antarctic. IAVs are provided housing and food and they are also given a non-taxable net lump sum allowance of between €1,400 and €1,900 depending on where the volunteer is posted and the current exchange rate.